Simple enough – I am a legal nerd.  Now it appears my wife is also.  She found an article I had to share and comment on.  Enjoy.

“In South Sudan a sheep has been sentenced to jail for three years after he was found guilty of killing a woman.

The ram was taken into police custody in South Sudan earlier this month after it attacked Adhieu Chaping, 45. She later died as a result of her injuries.

“The ram attacked by hitting her ribs and the old woman died immediately. So this is what happened in Rumbek East in a place called Akuel Yol,” Major Elijah Mabor said.

“Our role as police is to provide safety and separate fights. The ram was apprehended and currently under custody at a Police Station of Maleng Agok Payam.”

Major Mabor explained why the ram was arrested for its actions: “The owner is innocent and the ram is the one who perpetrated the crime so it deserves to be arrested then later on the case shall be forwarded to customary court where the case can be handed amicably.”

The ram will now spend the next three years in a military camp in Aduel County headquarters in Sudan’s Lakes State.

It is unknown if the animal has expressed remorse for his crime.  (This has to be my favorite line of the article.   I mean look at the eyes of that Ram.  That Ram is ready to kill again or become someone’s barbeque once it gets thrown in the pen (see what I did there)).

A local court also ruled that the owner of the ram, Duony Manyang Dhal, will have to hand over five cows to the victim’s family as compensation.

When the ram is freed from prison it will also be gifted to the family in accordance with local law.

While it might be an odd cause of death, Adhieu Chaping is not the first person to fall victim to a malevolent sheep.”

Meanwhile, in New York’s highest court is set to determine whether Happy, a 47-year-old Asian elephant living at the Bronx Zoo, is being unlawfully imprisoned.  Nonhuman Rights Project (NhRP), a nonprofit civil rights organization advocating for the legal personhood of great apes, elephants, dolphins and whales, filed its first petition against the zoo in 2018 “demanding recognition of Happy’s legal personhood and fundamental right to bodily liberty and her release to an elephant sanctuary.”

Further, A Japanese man has spent roughly £12,480 ($15,367.87) on a realistic border collie costume to look exactly like his favorite breed of dog – and pretends to live like a pet while wearing it. 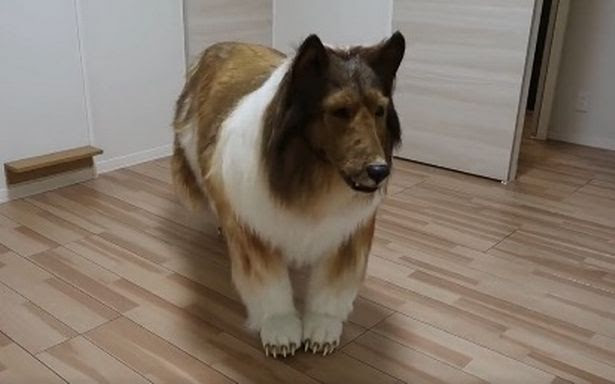 Just to make sure you understand – in Africa they are imprisoning a ram as a person, in New York they are claiming false imprisonment of an elephant due to it’s HUMAN rights, and in Japan a human wants to be an animal.   Welcome to the World of law we live in and as attorneys we have to be ready for.  No matter how crazy or how silly you might think it is give Winslow Law a call 843-357-9301.